Is it just me, or has the world recently gone crazy for wild experimentation with pants? It seemed for so long that we were all locked into a lifetime love affair with skinnies. Skinny jeans, cigarette pants, slim-cut suits, jeggings, leggings (not pants – never were, never will be), even skinny shorts. They’ve been everywhere, on everyone, for so long, it’s almost been like a uniform. Who among us hasn’t stepped out feeling great in a pair of skinnies, a Breton stripe and Converse chucks, only to encounter the exact same outfit on an 8-year-old; a tween; a boomer and…hell, your boss. It’s like we’ve all been playing one giant game of that trashy magazine segment ‘Who Wore it Better’  (my money’s on the 8-year-old). I love a uniform, but for a short time there it was beginning to feel like there was no alternative. 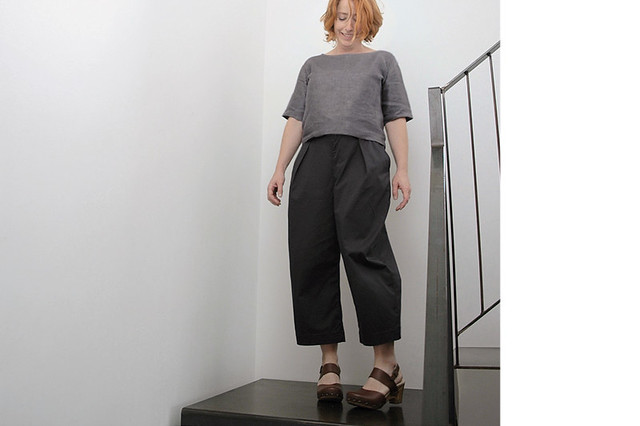 But times are changing. And while I have no intention of ditching the skinnies (I really would struggle to get dressed most days), it’s been really refreshing to see new shapes and lengths and silhouettes sneak into our shops, patterns and imaginations in the last couple of years – and once again to feel that when it comes to lower-half dressing, anything is possible. I think nothing expresses the joy of these possibilities better than this photo of the queen of trouser experiments, Leandra Man Repeller Medine. I return to this pic often, if only to chuckle at the expression on her face (and the caption). She knows those green strides are bat-shit crazy, and she’s revelling in it. I love her.

So we’ve been admiring other people going postal in the pants department for quite a while, but as usual Klarissa and I have sat ourselves on the fence, waiting to get brave (early adopters we ain’t). We’ve both been tempted for some time to try the Pattern Fantastique Terra Pant – a voluminous but tailored take on classic man-pants  – but we’ve had some silly fears to overcome. I’m terrified of welt pockets and front pleat pants (80s aversion); and Klarissa is terrified of investing in a new shape of pants without trying them on first (a challenge when sewing your own!). 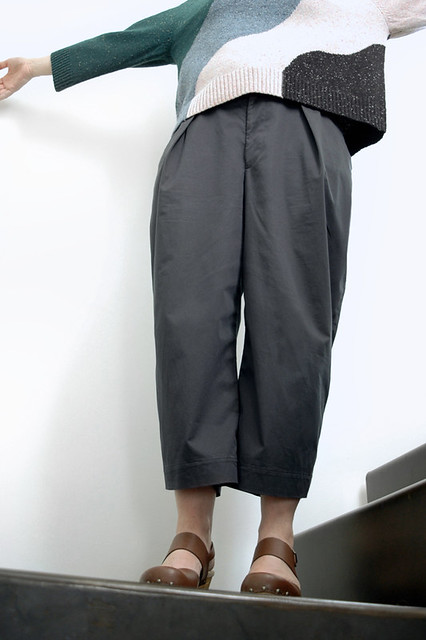 Once again, thank goodness for more adventurous and talented sewing friends who are happy to share their makes on our blog. The lovely Justine made these Terra pants quite a while ago, but they still look fresh as a daisy – a testament to both the tailoring in the pattern and the quality fabric she used –  a lightweight cotton sateen with a tiny bit of stretch from Tessuti. It’s such perfect fabric for these pants but was actually a happy accident, as it was purchased years ago with another project in mind. Sometimes stashing pays off!

Justine was a little nervous about the potential volume overload in the legs of these pants, but clearly she didn’t need to worry, they sit so well. She made them in a size 10, graded out to 12 for the waist, with no other adjustments. As is usually the case with more structured pants, they weren’t quick to make, but the pattern was pretty clear and she took it slowly over a couple of weeks.  Would you believe these pants are also Justine’s first attempt at welt pockets, and she found them very satisfying and grown-up to make (I’m so in awe of all of these welt-enthusiasts). The Terra pattern has a patch pocket option if you’re too scared to give the welt a go, but if you can pull of the welt, it really does add to the tailored feel of these pants. 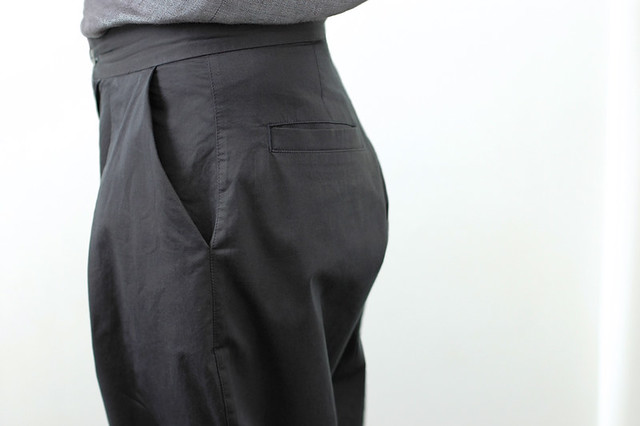 So the verdict from the maker? Justine says she’s worn these to bits. They’ve been cool to wear in summer while still looking a bit tailored; she loves that they have all the features of tailored pants without the stress of fitting because the looser fit suits lots of body shapes; and the high-low waistband is nice and comfortable. But the real proof of success is that she’s planning to make a more: one in denim, and a pair for winter in needle cord. Yum. 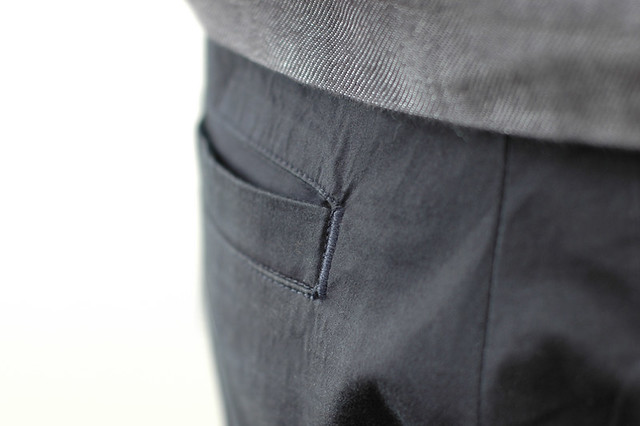 Another small sign of success for Justine is that Klarissa and I are now fully committed – we’re both going to give the Terra a try. We may be fairly late to the party, and not anywhere near ready to waltz around town in green mega-flares, but we’re confident these pants have a place in our wardrobes among the skinnies. Thanks for the inspiration Justine – you and your amazing sewing are welcome back any time xx 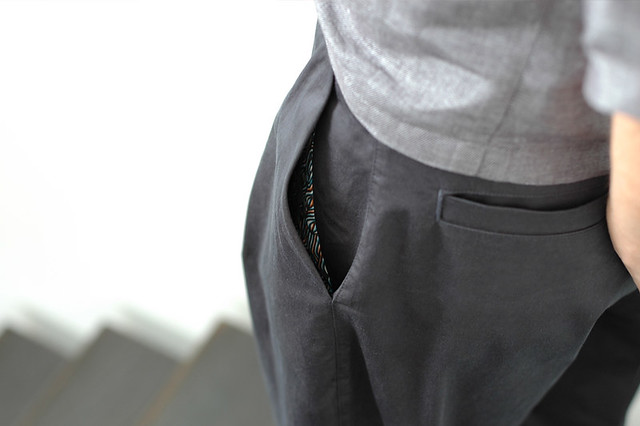 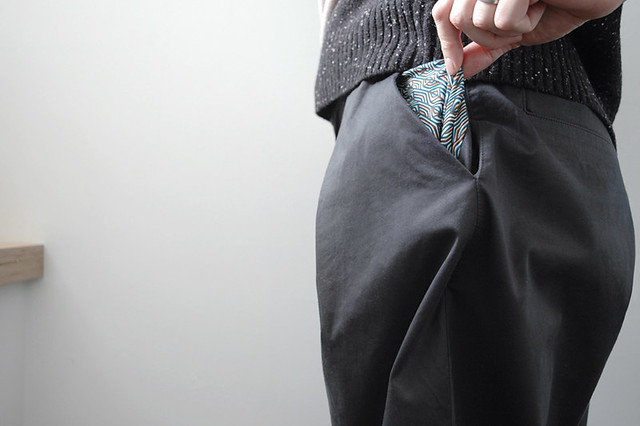