Do you ever use the cost-per-wear trick when you’re thinking of buying a piece of clothing? The logic is simple, even for maths dunces like me: divide the cost of the item (plus any maintenance costs like dry cleaning) by the estimated number of times you’ll wear it to calculate your cost per wear. The lower the cost per wear, the better (and the easier it is to justify buying….ssshhhh). I invoke the old cost-per-wear when I freak out at the price of a quality coat or pair of pants or boots and it’s helped me make some uncharacteristically sensible and ethical decisions in the heat of a spending moment. 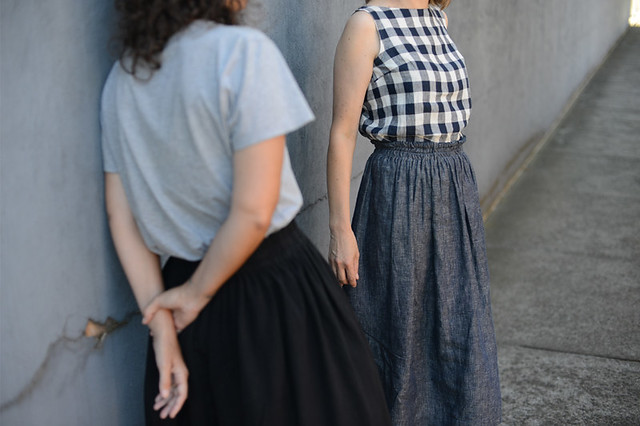 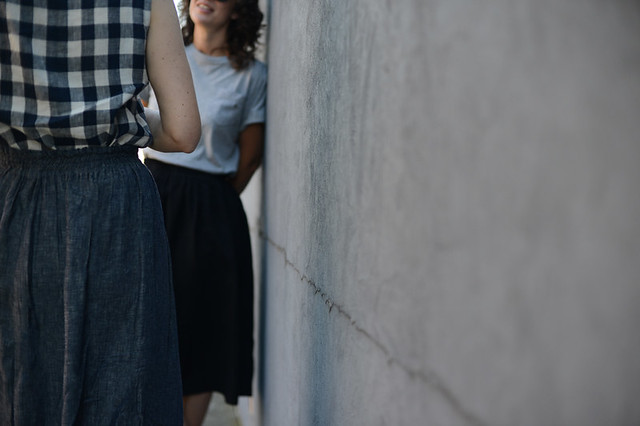 Lately I’ve been applying a similar metric to sewing, but in this case it’s not about cost – it’s about time. Because in this ridiculous era of busy-busy-busy, when so many of us are struggling to stay on top of the crazy juggle and find a quiet moment to sew a few seams, time can feel even more elusive than money. And with my sewing time so seriously limited, it really matters that the stuff I’m making is stuff I’ll actually wear. A lot.

Gone for now are the exhilarating could-go-horribly-wrong experiments. Gone are too many fiddly details. Gone is trying a project just to push my skills and learn a new trick or two.

Enter these oh-so-simple skirts. They’re Sewing 101 – the kind of starter project any Year 7 textiles class could tackle, along with tote bags and pencil cases and boxer shorts. Two rectangles sewn together with a strip of elastic in casing. And a hem, just to be fancy. So why have we gone to the trouble of taking photos and putting together a blog post for the sake of some glorified rectangles? Because on a time-per-wear basis, I think for both of us these skirts are record breaking, medal winning champions. Both skirts took next to no time to make. And both skirts have been worn almost non-stop since the last thread was snipped. Surely that deserves a bit of celebrating. 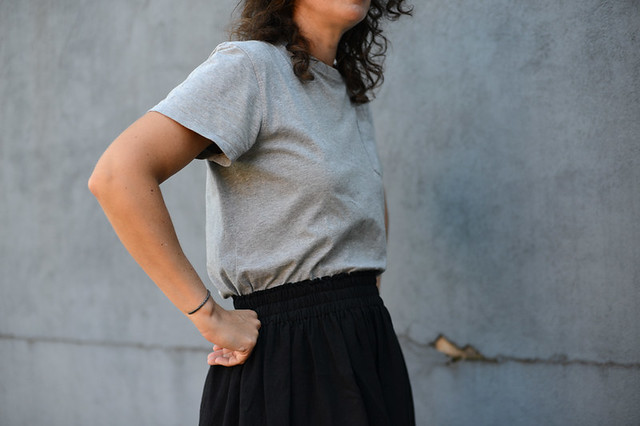 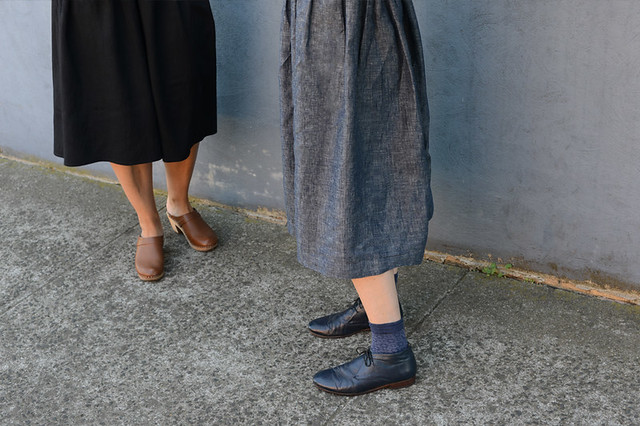 The make details are quick and dirty: Klarissa’s skirt is made from a lightweight black linen blend which she dug up at a fabric sale at Melbourne designer, Limb. The skirt is almost the width of the fabric – measured against another dress with the skirt volume she wanted, and inspired by a RTW fancy linen skirt she tried on that was, indeed, just an elastic waist and hem. This waist is a big old band of 5cm elastic, cased with two rows of top stitching. Hemmed and finished in under 60 minutes (show off), though she wishes she had kept just a teeny bit more length in the skirt.

Mine took a bit longer because even when I sew two rectangles together I can stuff things up. I originally went with the full width of this Tessuti denim-y blue linen but when I threaded two bands of 2.5cm elastic through my two sections of casing, the waistband was way too thick and bulky. I removed the elastic and lopped off almost 20cm of the width at one seam then re-seamed and re-threaded the elastic, top stitching each row of casing. It sits better now but I wish I had kept just a teeny bit more volume in the skirt. 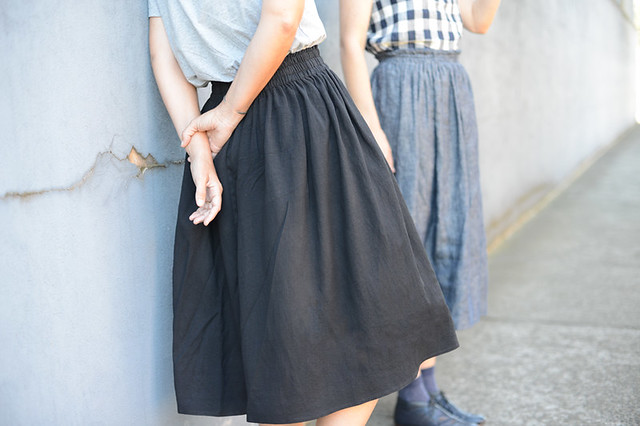 And speaking of simple, my gingham top is also a time-per-wear winner. The pattern is the Lyra top from Afternoon Patterns and I made this one in a gingham linen I grabbed from the remnant table at Tessuti just before Christmas. The Lyra is quite cropped but I lengthened mine by 1.5 inches because I am long of torso and didn’t want to be flashing my tummy at work. I’m shy like that. This top is just long enough to tuck into high waists, though I like it worn loose just as much in all its boxy glory. 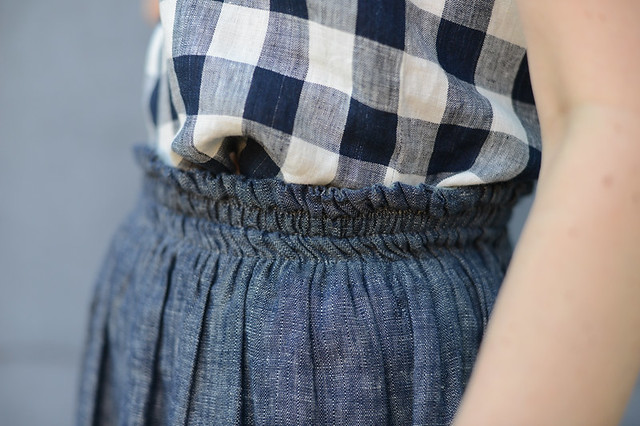 So there you have it: quick, easy makes. Time-per-wear scores of 0.000almostnothing. Stressed out, time-poor sewists with something nice to wear. I’m sure in a few months I’ll be desperate to try something full of tricks and technique and frills and bells and whistles, but for now it’s a relief to keep my sewing simple. I don’t have time for anything else 🙁 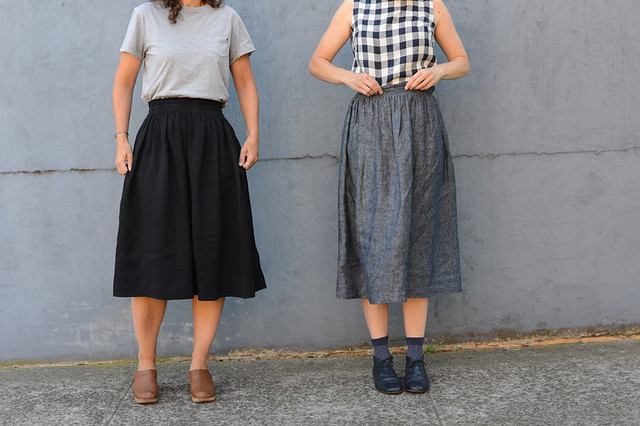