Well here we are again with another installment in my occasional series, ‘Dress Like a Sister Wife’. And today’s offering is a two-piece set, for more buttoned-up, slightly prim fun than a single skirt or top could ever provide.

This outfit was a looooong time in the making. Not because it’s something I’ve been dreaming up for ages, or something so technical it took a long time to pull together. It’s much simpler than that – truth is I bought some fabric that I loved so truly, madly and deeply I just couldn’t decide what to make with it. We’ve all been there…haven’t we? 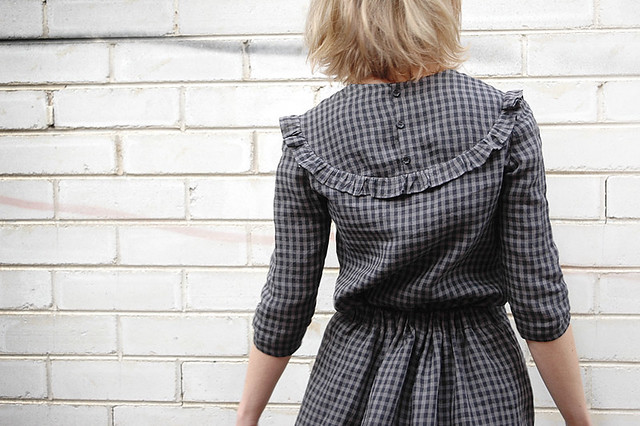 The fabric in question was a black and grey check linen I bought almost a year ago from a small studio sale at Primoeza. I grabbed it within seconds of hitting that sale, then took it home and for many months sat frozen with indecision, patting my gorgeous, true love linen and trying to decide how to do it justice in a home-sew. I pondered a shirt with slightly flared elbow-length sleeves like this Obus one. Then a full skirt and matching singlet set. For a while the linen was destined to be a pair of Named Alexandria peg pants; then an Aeolian dress; then a simple summer frock like this Primoeza one. Finally Bella from Bellbird threw another option in the mix with her lovely Tessuti Annie in the same fabric and I got completely overwhelmed with choices.  So many choices. I put it away for a while and moved on – convinced I’d get there eventually.

And I did. One fine day this Aime Comme Marie Magellan top pattern arrived in my letterbox after its long journey from France. I’d ordered it with no particular fabric in mind – just frills, lots of FRILLS – but immediately I started seeing black and grey gingham versions dancing before my eyes, and my mind was made up. Thank goodness, because the indecision was getting exhausting (not to mention boring to read about!). 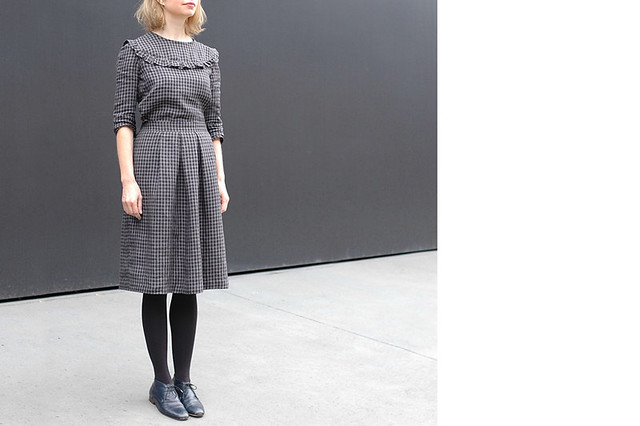 After finally cutting into my linen, this top came together super quickly. It’s not a difficult pattern – and is made even easier by English translations at the back of the sweet French instruction booklet. It also wasn’t the first Magellan I’d made – I originally bought the pattern to remake my first ruffle top, which just wasn’t working out volume-wise in its original form (version two fits so much better).

Despite my previous Magellan experience, I came across a few hurdles with this gingham version, caused mainly by my fabric choice (so ironic after all that careful pondering). I’m a total newbie when it comes to sewing linen – it’s embarrassing to admit but I avoided it for years because I didn’t like how it crushed (!) – and am still learning its many mysterious ways. My first little challenge came with the ruffle. The pattern suggests a zigzag or overlocked finish on the frill, but I wanted something neater so attempted a tiny little rolled hem finish (thanks to Kirsty from Top Notch’s suggestion), only to discover the linen wouldn’t play ball. In the end I just gave the ruffle a small single-folded hem, and stitched along it as close to the hem edge as possible. It’s frayed a tiny bit and is somewhat ‘rustic’, but so far not disastrous. 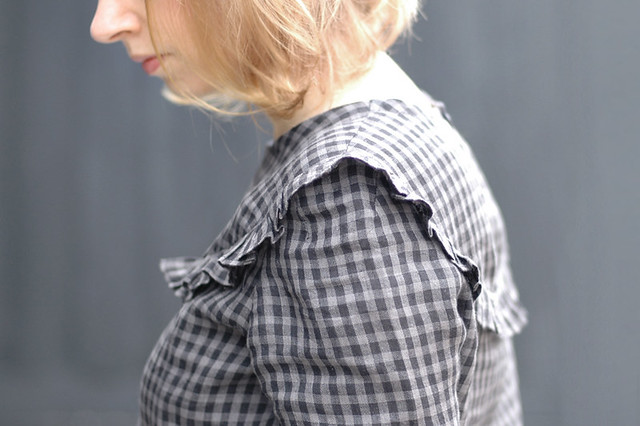 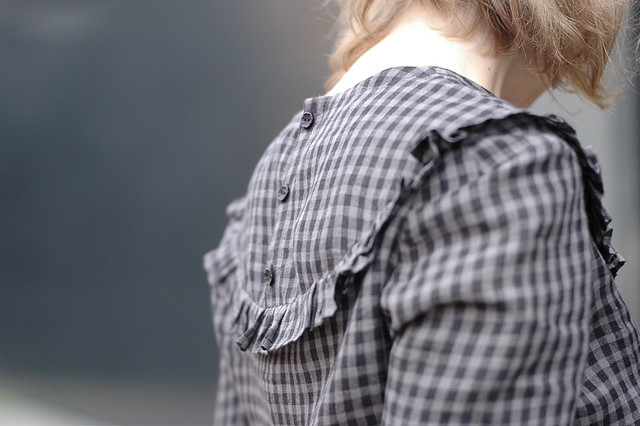 My bigger challenge only emerged after I’d finished the top and tried it on. As you can probably see in the photos, the top section of the blouse (above the ‘ruffle line’) bubbles slightly – it’s like the piece is just a little too big for the rest of the top. I thought I may have made a mistake in the making and took it to Klarissa to troubleshoot – but she thinks that linen has a lot of stretch and give, and perhaps isn’t ideal for a structured pattern like this. My first Magellan, which is made with a light, very tightly woven cotton, doesn’t bubble, so I suspect she may be onto something…(or I just made a mistake!) 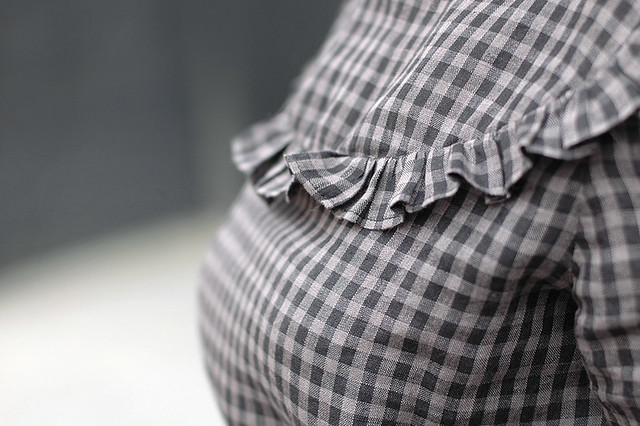 Small linen-related traumas aside, I love this top and its slightly austere feel, and decided it warranted a matching skirt to complete the look. I cobbled together a simple pleated skirt based on a pattern in Couturier Sewing Class, and inspired fairly shamelessly by a skirt from another Primoeza project, Elizabeth + Birgitta (how gorgeous is everything in that range, I’m madly saving for the shirt, not many left…). I often wonder with two-piece outfits how often people end up wearing them as a set – I think I’ll probably wear the skirt and top as separates more often than I pair them up, but it’s nice to have something for dress-up days. My eight-year-old thinks I need a bonnet to match, which suggests I’ve well and truly passed the Sister Wife test. ‘Til next time. 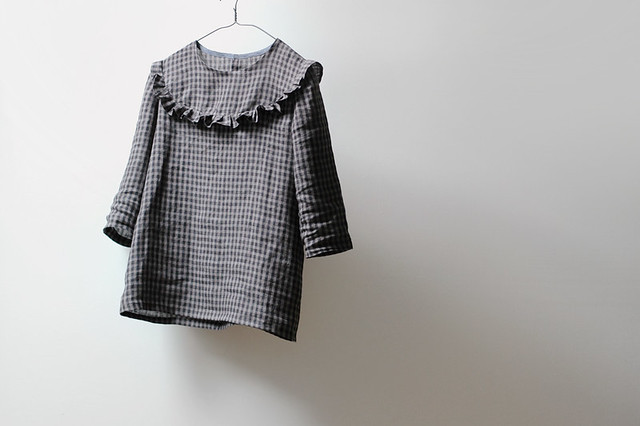 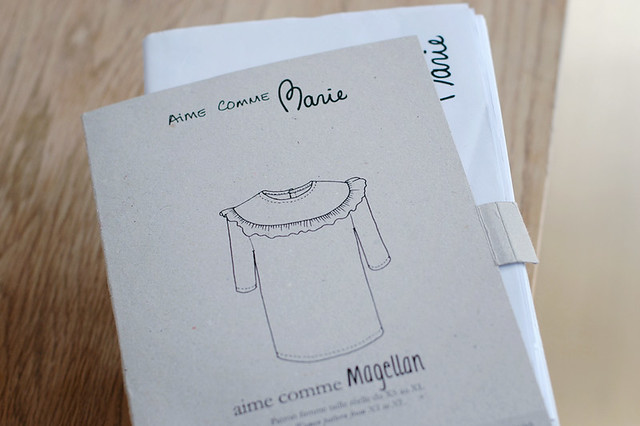 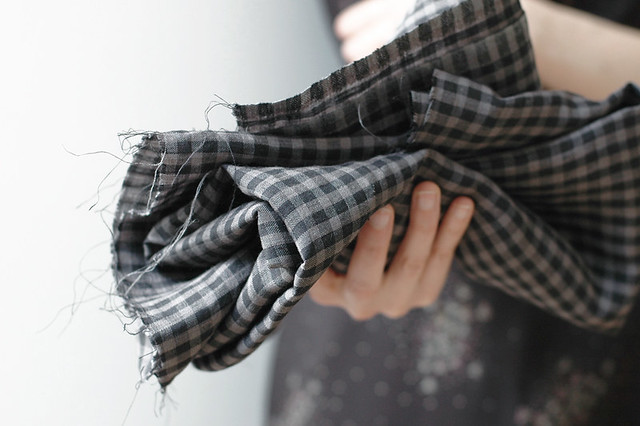 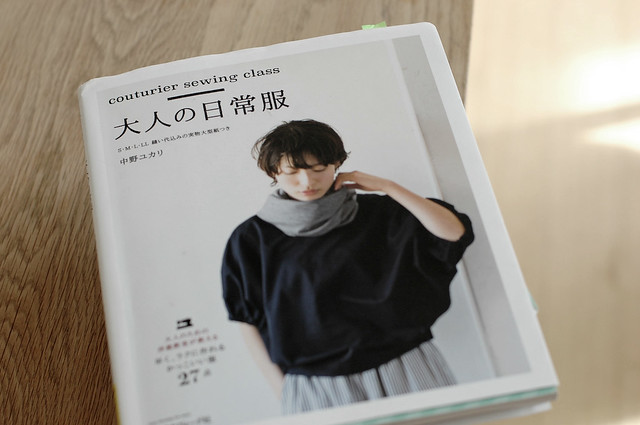