We’re having a bit of an Archer festival over here at the moment, with two versions in two weeks. And our versions couldn’t be more, well, different – which is what I love about Grainline Studios’ iconic Archer pattern – it’s so versatile. Google the pattern and all sorts of shirts appear that look like they were made using completely different patterns. It works equally well as a lumberjack-inspired plaid overshirt; a light chambray shirt for summer; or a crisp white shirt for the boardroom (or whatever other women-in-the-workplace cliché involving white shirts that you care to roll out).

You may have seen Klarissa’s basic black Archer here last week – it’s simple and classic (and I want it). Mine is certainly a contrast. For the first time in a long time I decided to go full colour in a garment, and made this one in a rather big red. So unlike me. It wasn’t a particularly strategic decision: I saw this shirt a few months back and liked it; then happened to be browsing the silky-viscose-rayon section at The Fabric Store during their big summer sale time, and came across this sweet red print. And thought, why not?

The Archer wasn’t my first choice for a pattern for this shirt – I was pretty sold on the Mandarin/collarless look, and was on the hunt for more of a ‘blouse’ than a shirt. I did a lot of online searching and fossicking through my vintage and Japanese patterns and had almost decided on a vintage one with slightly puffed sleeves, when Klarissa talked me into the Archer. It’s an anything and everything shirt, she said. Plus it’s really well drafted and the instructions are crystal clear, she said. And there’s a sewalong on the site if you get really stuck as it’s your first ever shirt, she said. All good points – the Archer won.

And I’m so glad it did. Because although I didn’t find making a shirt impossibly difficult, there are just so many stages in the construction – and therefore so many ways to go wrong. Jen from Grainline speaks about this in an interview she did on the Crafty Planner podcast recently (it’s so worth a listen!)  – I like her philosophy that patterns aren’t necessarily advanced or difficult – they just have more steps. Which require good instructions. I don’t think I could have finished a shirt without solid guidance, I’m just not experienced enough, and I’m not particularly intuitive or observant when it comes to how clothes are constructed. The end product is always a bit of a surprise to me! 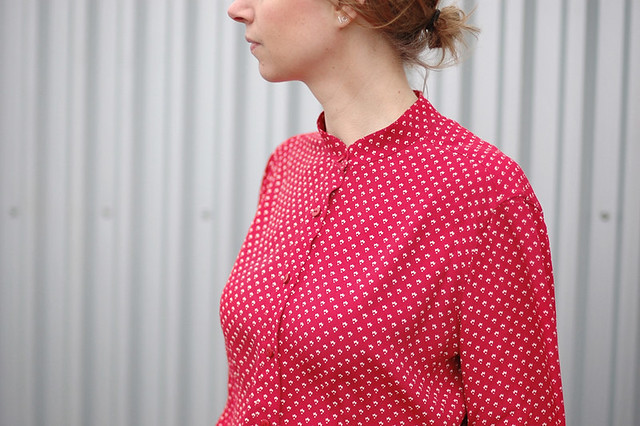 So my Archer took time (lots of time), but step by step, it came together pretty painlessly. The fabric was slippery as all hell at the cutting stage, and I had to re-cut a few pieces as a result, but it was actually very well behaved during sewing. Everything hummed along smoothly until the collar, and then I hit a small wall. As I mentioned, I wanted a Mandarin collar for this shirt, and followed the Grainline tutorial for this variation which is included in the Alder dress sew-along. Sadly the first one I attached was really floppy and didn’t sit well at all, and I quickly decided I really did want a full collar after all.

So I unpicked and started again with a full collar, which wasn’t as difficult as I’d feared, and sat very neatly. But for some odd reason the moment I put it on, the fabric and the collar combined transported me straight back to the early 90s – and I freaked out. All I could think about was how my more junior self would have worn that shirt with the top button undone, and teamed it with some sort of choker, an A-line button-up denim mini skirt, tights and Doc boots – as I sat in some corner crying about Kurt Cobain and writing poetry in my diary. I couldn’t go there. Isn’t it funny how some fashions are easy to revisit, while others are completely non-negotiable? 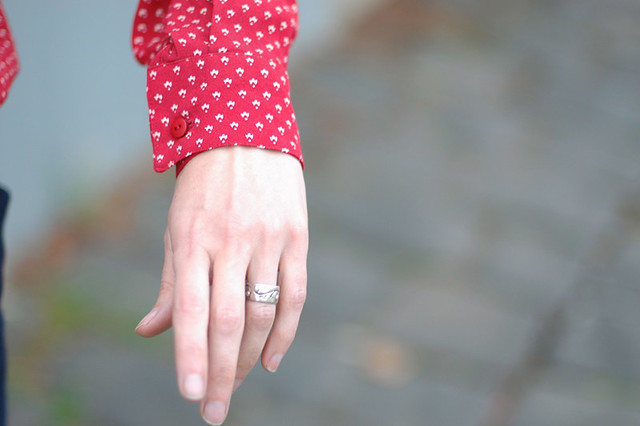 What you see here is collar number three – a second attempt at the Mandarin collar, which seemed to work better. It’s still a bit floppy and by no means sitting flat when I unbutton it, but the curling and gaping of my first attempt have been resolved, so I can live with it. I suspect if you’re looking for a truly neat Mandarin collar, you may need to find a pattern with that as a feature (rather than adapting the collar stand of a collared shirt pattern). I’d blame my humble first shirt attempts for the floppiness, but I checked in with super-sewer Sarah from Fabric Tragic who recently made this lovely collarless Alder, and she agreed there were some minor flop issues.

Collar aside, I’m very happy with my first shirt, and quite proud that I pulled it off. I plan to go down a size on my next Archer as it’s a little roomy around the shoulders, but again, I can live with it.  I suspect my biggest challenge with this shirt will be getting comfortable with the colour – it’s so damn bright – but perhaps I’ll start small, and just wear it to sit in some corner crying about David Bowie and Prince, which I seem to be doing a bit lately. Some things never change. 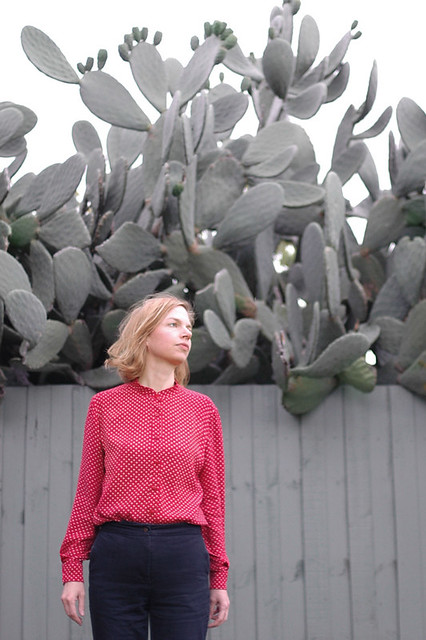