Anyone who has called Melbourne home for longer than a few minutes may remember Job Warehouse. It was a huge, dark, rundown, weird-looking fabric ‘emporium’ on Bourke Street at the top of the city – and for those of us who grew up in this town, it felt like it had been there forever, and would be, well, forever more. 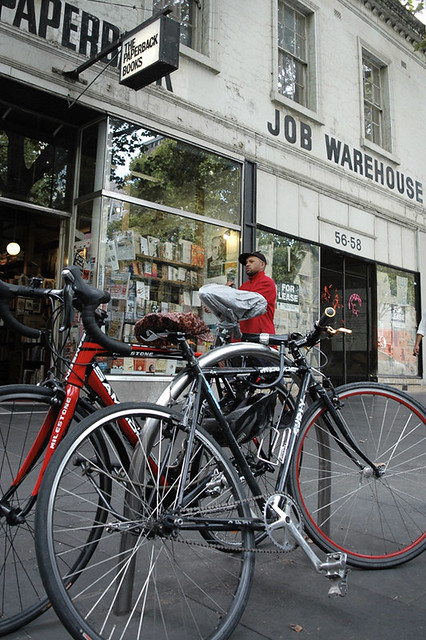 I remember in my 20s I’d often find myself drinking late at that end of town (so much more important than sewing at the time), and would end up at some strange hour of the morning, gazing hazily into those grimey windows with their hand-written A4 sale signs, wondering about the random displays of gorgeous wools and gawdy poly blends, all bathed in a light layer of dust, with dead flies and moths laced around the edges of the bolts. It was a dilapidated, slightly glorious mess.

I visited a couple of times (opening hours were hit and miss) and even bought some silk there once. The inside was a series of cavernous, poorly-lit rooms with walls and floor space stacked sky high with bolts of fabrics: beautiful Italian wools on top of crazy 70s chenilles and terry towel, on top of imported lace and brocade for brides and glittery poly knit for, well, everyone else. It was damp, dank and dusty – with a series of elderly shop assistants yelling at each other and the customers in thick European accents. I’ve since read tales of customers being bawled at and evicted for touching the fabrics without buying – but I never encountered this (which is lucky as like so many of us I have a pathological patting thing in fabric shops – I cannot NOT touch the cloths). 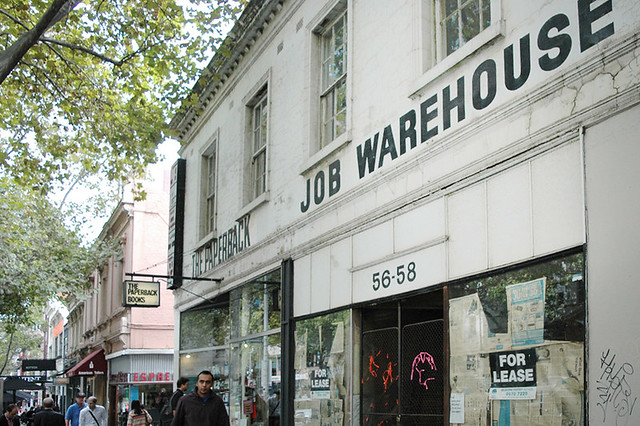 The buildings were owned and the shop established in the early by a pair of Polish Jewish brothers, Jacob and Max Zeimer, who had arrived from Europe with nothing after losing their entire family in the Holocaust. They came from a long line of textile merchants – and family say they sold factory machinery in Poland to fund the purchase of the Melbourne store. I hope there was some comfort for these brothers in replanting a small piece of the family business in a new land after so much senseless trauma, it’s hard to imagine starting again after losing so much. 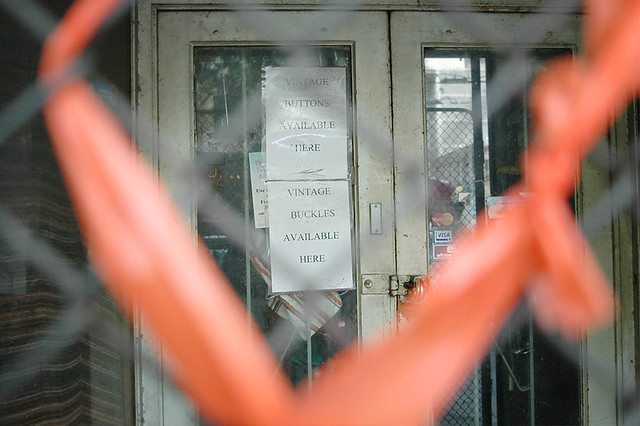 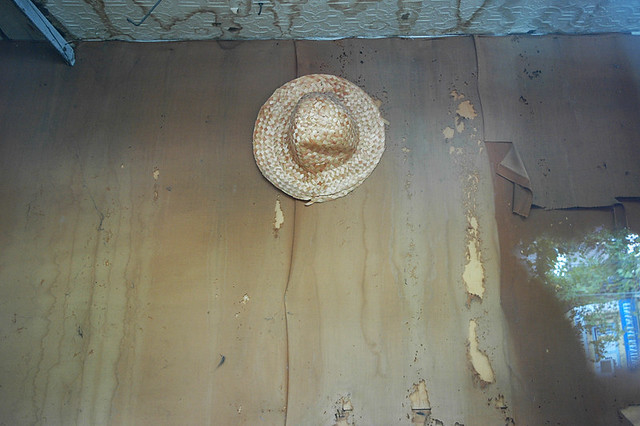 Anyway, enough rambling, if you want more of the history of the store and its people, this is a great longer read. But to cut it short – Jacob’s son, David, took over the business in the 80s, then called it quits in 2012. The building has since stood empty (curious, as it’s prime real estate) – and for fabric fiends who came to the sewing party a little too late that shell of a shop is a regular reminder of all we missed out on.

But all is not lost – or at least not yet. Because the stock from the shop that was left over at closing time didn’t just disappear. It was warehoused – and that warehouse, Crossley Job Lots, has sales. Every second Saturday – to be continued until all the fabric is finally sold. We’ve mentioned Crossley a few times in our sewing stories – Klarissa is a huge fan and has made this, this and this from Crossley finds. I’ve also started slowly collecting some lovely pieces of vintage fabric and notions before it all runs out. 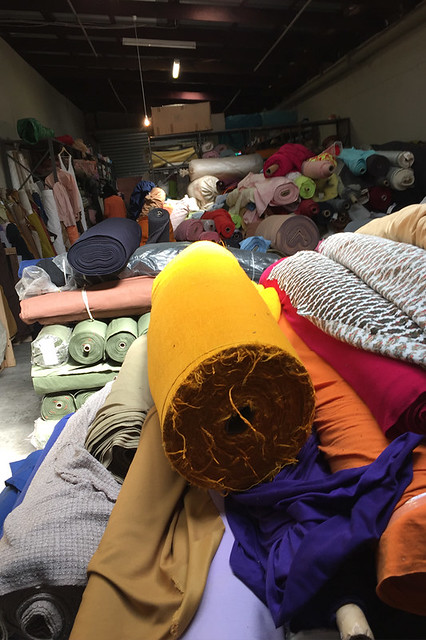 We went to the last sale for 2015 at the warehouse in Brunswick (it’s since moved to Coburg) and took some of the photos above and below. As you can see, there are still many, many rolls of vintage wool, linen, cotton and silk as well as damp old boxes crammed with vintage tapes, trims and bits and pieces. Some of the fabric is slightly faded at the folds after doing time in the original shop front window, other bolts have bits of water damage – apparently the brothers cared a lot more for the cloths than they did the leaking roof…. But for vintage fabric fans it’s well worth a visit and there are plenty of bargain treasures still to be hunted. 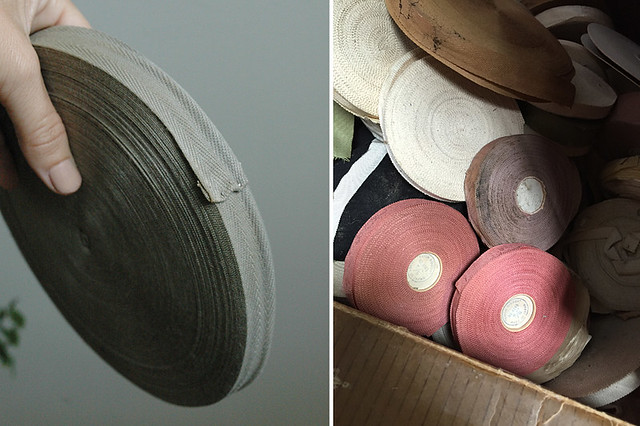 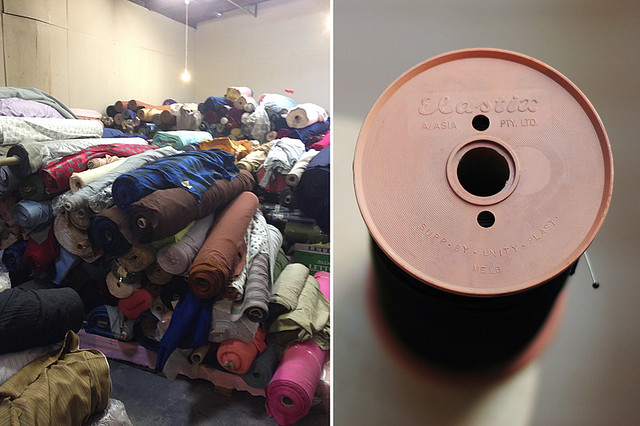 I’m a shocking sentimentalist when it comes to cities – I love the old parts and the living history and grieve a little as they disappear. I think I’ll always kick myself that I didn’t get serious about sewing before Job Warehouse shut its doors, but at least with Crossley Job Lots there’s a last chance to buy a sew a tiny piece of Melbourne history. Now I just have to decide what to do with that pale blue wool…. 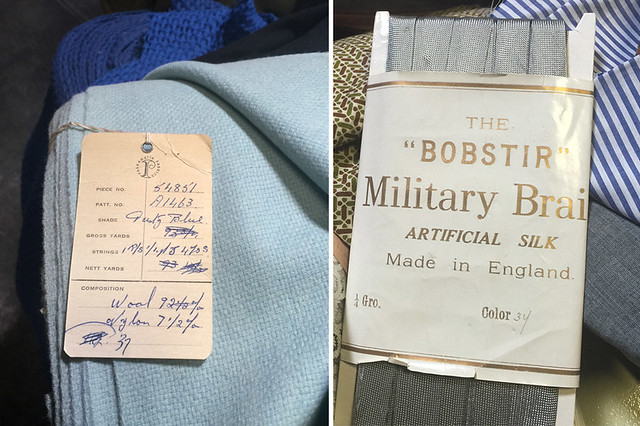